IA’s in-game token is called Token of Infinite Choice, with the abbreviation $TIC. $TIC is an [ERC-20] token. It is the principal token used for P2E and summoning. Players can buy $TIC through QuickSwap. It is important to note that Infinite Arcade does not sell $TIC to users directly.

Infinite Arcade can decide to burn a certain amount of $TIC accumulated in the Treasury from various actions (i.e. summoning, tournaments). The burned amount can be minted later on to accommodate stakeholder initiatives.

Below is a representative $TIC minting schedule based on expected DAU growth rates for Infinite Arcade. Please keep in mind that the mint numbers for each year may change depending on the actual performance and growth of the project. Any amount that is not minted will be carried over to the following years.

We will also make sure to introduce new or shift existing mechanisms to have a healthy $TIC supply for all stakeholder rewards.

Players can earn $TIC by completing levels in any of the games in the Infinite Arcade.

IA NFTs can be summoned to create new NFTs and the user only needs a single NFT to do so. An NFT can be summoned a maximum of five times. At which point, NFTs are no longer eligible for further summoning. It takes seven days for a summoned NFT to become available to play with, sell and summon.

To balance the economy, summoning costs will be updated and shared with the community if needed. 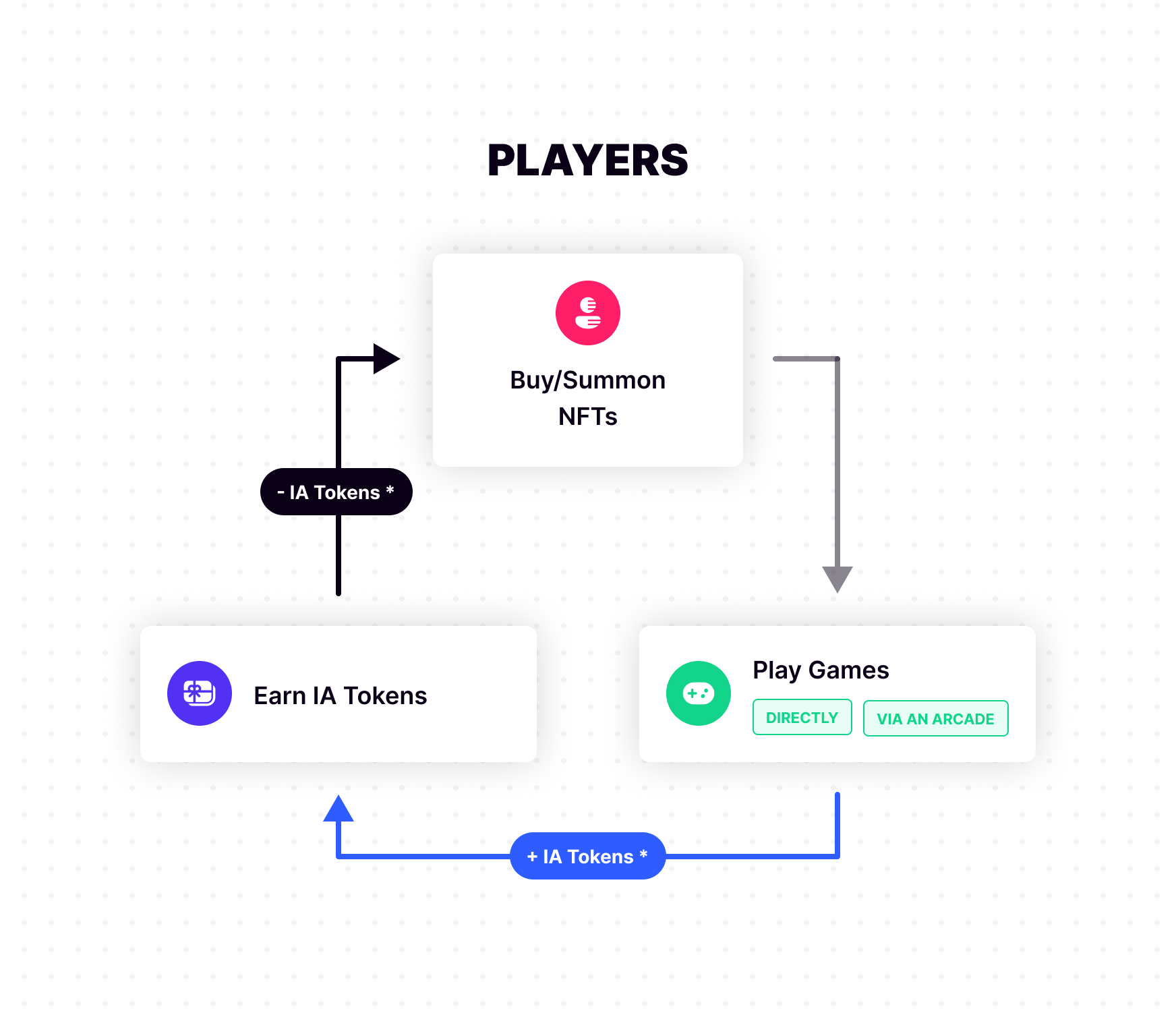 We will use $ARC to:

Community Fund will be unlocked according to the below schedule with 6,000,000 $ARC tokens unlocked on Day 0. Please note that unlock schedules for Investors & Treasury and the Team are work in progress and will be updated here once finalized. 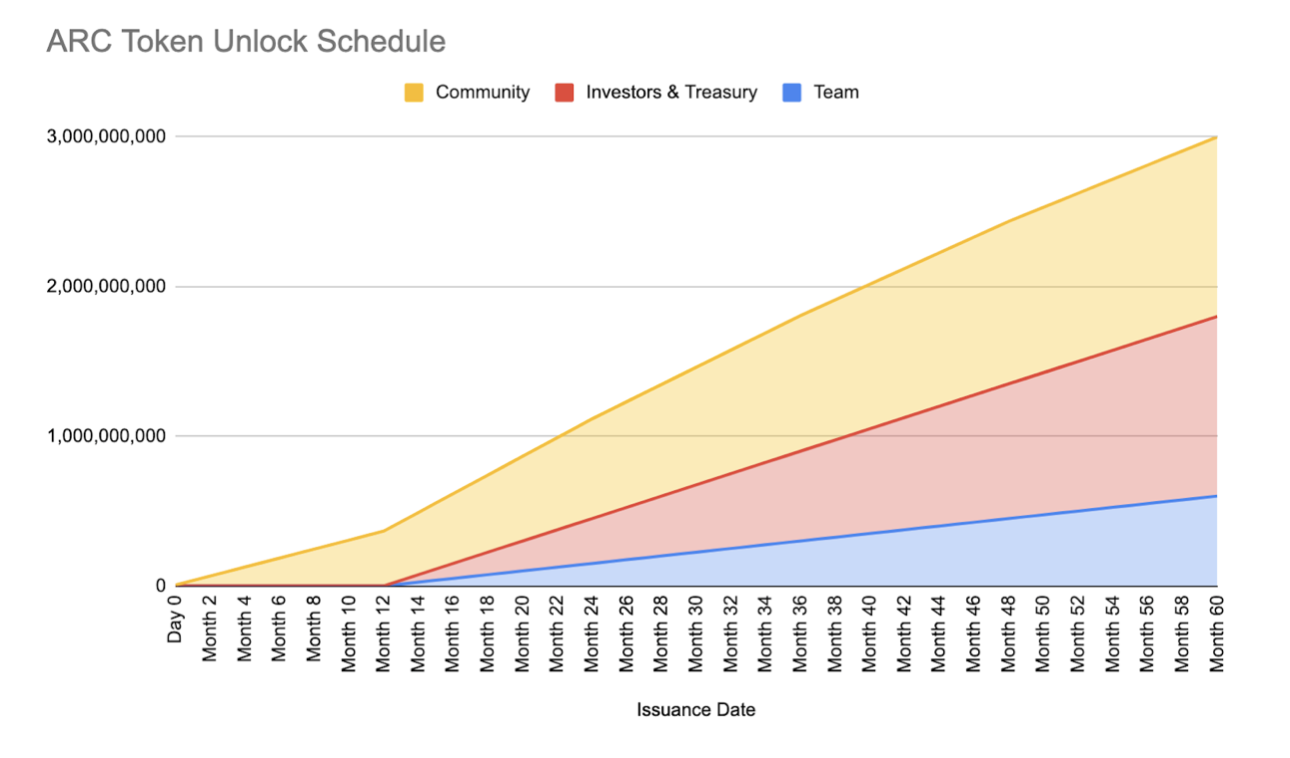 The actual issuance of our governance token can be slightly lower than the unlock schedule. The Community Fund will be issued according to the growth and the finalization of roadmap items even if the tokens are unlocked.

These are the primary fees that Infinite Arcade treasury accumulates:

In the future, we plan to add new revenue streams such as micro transactions, DeFi functions and Arcade sales. 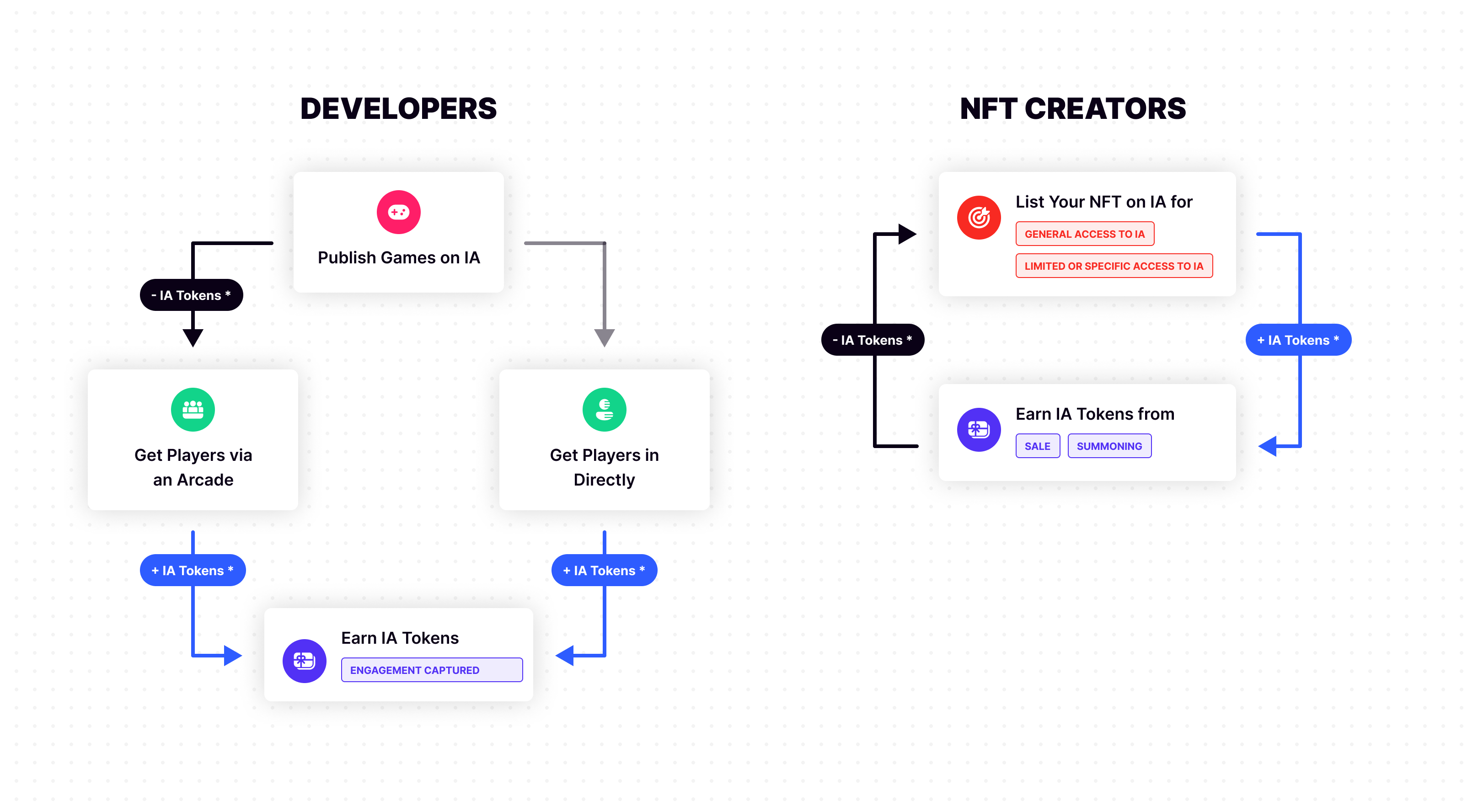 As the IA ecosystem nears a certain number of players, Arcades will become available for sale for community members who want to operate them. Arcades are NFT based real estate like gateways that host, and channel, players to specific games. Existing Arcades will grow and new ones will be “discovered” as they attract engaged players (i.e. mining via “proof-of-fun”). Arcade owners will innovate by engaging and mobilizing player audiences to play new or existing games, optimizing the experience for earnings and engagement at the community level and supporting the community to discover the best games on IA. In return, they will be paid in the native currency by studios who benefit from the community driven growth. In addition to the sale of NFTs, this will form the foundation of IA’s second layer economic loop. Putting growth dynamics into the native economy will allow for value to be captured for all participants, as well as further financialization of this layer of the ecosystem, as growth itself becomes an asset registered on the blockchain. 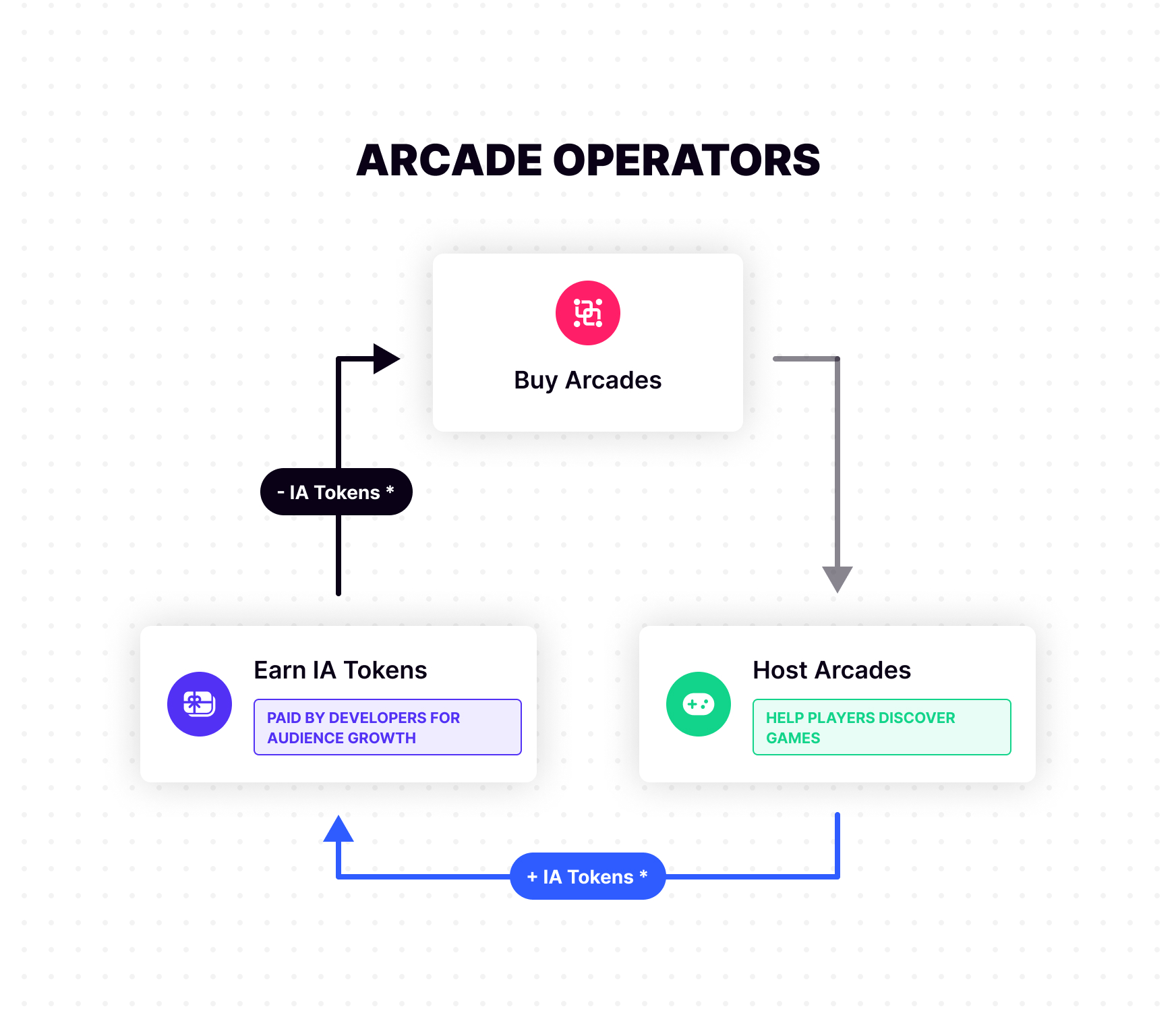