There are currently around 120,000 studios working globally on casual games aimed at a mass audience. This is a small subset of the 15 million game developers working on games using code based game engines. It is expected that by 2025 a further 100 million makers will be using UGC platforms to make and distribute games as well as other forms of interactive entertainment. 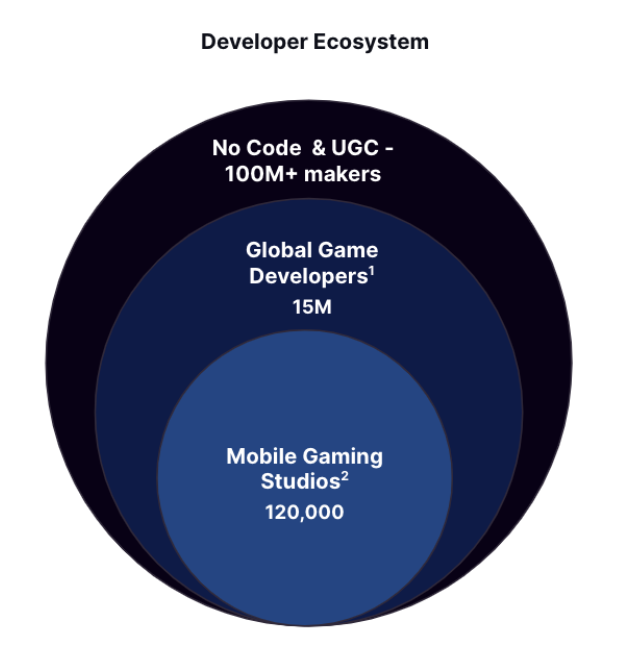 As shown in Graph A, Mobile is the biggest platform in terms of consumer spend in comparison to other platforms. Mobile gaming has grown at a higher and more consistent rate compared to Handheld Consoles, PC/Mac gaming and Home consoles. Market share also correlates with this trend, with Mobile growing faster than any other area of the market (Graph B). Within mobile gaming, casual and hyper casual games make up the largest segment by total number of users (Graph C). 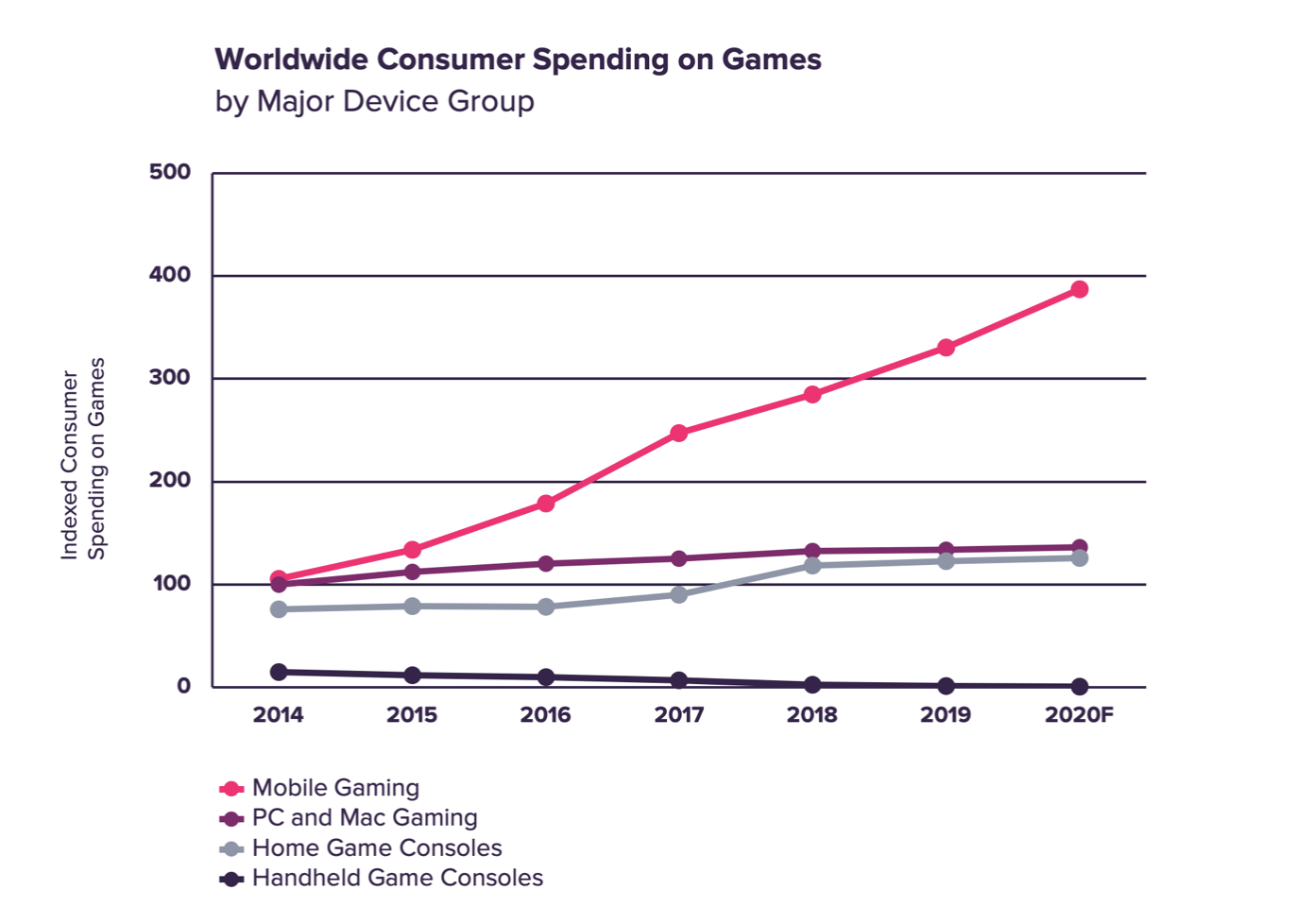 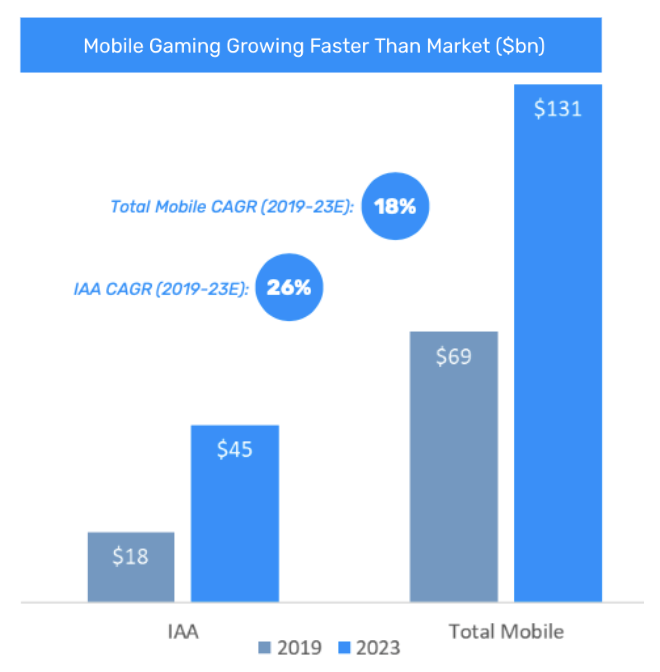 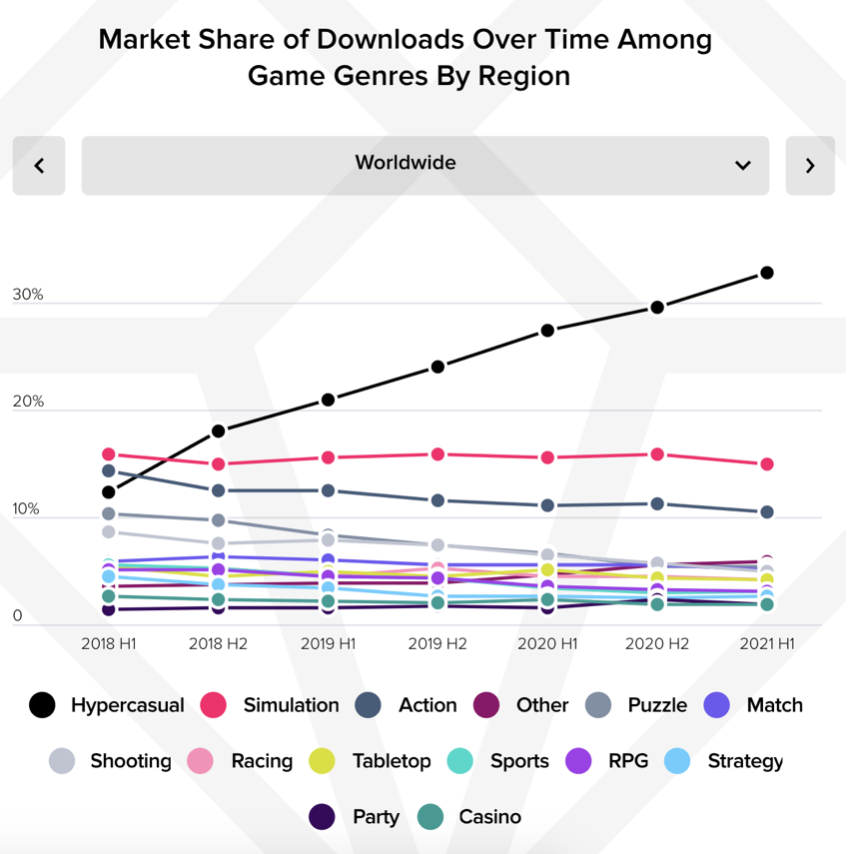