Infinite Arcade is built on top of Polygon, one of the fastest growing Layer2 solutions for Ethereum. With its speed, scalability, and low transaction cost, it is fast becoming the de facto platform for development of gaming projects in the blockchain space. Polygon helps bring mass adoption to the Ethereum platform and takes advantage of Ethereum’s security.

Polygon is a trusted, public, EVM-compatible Layer2 blockchain platform for dApps in need of high transaction throughputs without having to sacrifice decentralization and security.

Infinite Arcade is a platform pseudo-agnostic software which can be deployed on any Layer2 platform which supports Ethereum protocol along with EVM.

Although it would be unfair to compare Ethereum and Polygon directly, a good way to understand Infinite Arcade’s current, and potential, future use cases on each platform is to take insight from daily transaction numbers. At time of writing, there are around seven times more daily transactions on Polygon network.1

$TIC, serving as the utility token of Infinite arcade, is an ERC-20 token which will initially be deployed on Ethereum and bridged to Polygon. It is a pure implementation of the standard and designed to allow users to receive value for their play time. Infinite arcade will reward users on Polygon to ensure the users profits are not significantly reduced due to gas fees.

$ARC, serving as Infinite Arcade’s governance token, follows the same principles, standards and design. As with $TIC, $ARC tokens will also be deployed on Ethereum first and then bridged onto the Polygon network. $ARC token will currently not have any in-game utility, moving forward these tokens will be used as voting rights on company wide decisions. It is a chance for our users to become part of Infinite Arcade and actively participate in the governance.

The aim with Infinite Arcade SDK is to provide an open-source plug and play Unity package to the game developers, with the goal of abstracting standard Web3 operational details while providing a lean, no-code2, configurable interface for quick implementation.

SDK is a core part of the system and is responsible for establishing and supporting healthy and sustained communication channels between actors. Actors in this context are; supported wallet applications3, mobile games with IA SDK implemented, dApps and IA game servers. The block diagram in the latter section pictures the place of IA SDK in the system.

Notwithstanding the new application possibilities and incomparable features, which are made available by the new paradigm of blockchains and Web3, the technology today still prevents us from building Web2 scale applications, which require significant real-time throughput and processing. IA as the sole party, plans to evaluate gamer activity and calculate rewards up to a scale of TPS values beyond mere thousands.

These transactions between IA game servers and gamers mobile devices, not to be confused with blockchain transactions, will accomplish the following tasks:

The nature of these applications require IA to operate centralized game servers. With the commitment to full decentralization IA will slowly transition all the possible aspects, tasks and processes into decentralised methodologies.

IA avatars are non fungible tokens using the ERC-721 standard, minted on Polygon network. ERC-721 standard provides a standard interface for non fungible tokens, allowing interoperability with wide reach. Following the standard, a user of IA is able to purchase NFTs, hold them in their wallets indefinitely and transfer its ownership to other users (wallet addresses).

On top of the standard, to accomplish desired association functionality, IA extends smart contracts and implements two additional methods; one for association of an NFT with a user wallet address without transferring the ownership of the token, and another to revoke the association, namely for disassociation. With these two simple extension methods we enable the rentals functionality in the system, allowing users to play and earn without having to purchase and own NFTs.

To be involved in the reward system, in other words to be able to earn while playing, a user must either own an IA NFT or have an IA NFT associated with their wallet address.

The main component of the system, the dApp on the blockchain itself and the centralized services running on cloud infrastructure should be assessed separately for security.

IA smart contracts are designed to completely rely on Ethereum and Polygon security architecture and principles. To read more about these principles and measures follow the provided links in the following subsection4. To sustain compatibility and to remain free of flaws, IA smart contracts are constantly audited by independent firms. The information about the service provider of choice can be found on IA’s public code repositories.

IA centralized services, on the other hand, reside behind firewalls and incorporate DDOS prevention mechanisms to assure maximum uptime and healthy functionality.

The final important part of the system is the security of the actual keys with the permission to accomplish administrative tasks on the smart contract and update smart contracts code according to the governance consensus. These private keys are stored on an isolated 24/7 offline server. Transactions are signed offline thus completely preventing the risk of tampering. Along with fraud prevention and active security monitoring, we ensure the highest level of security. 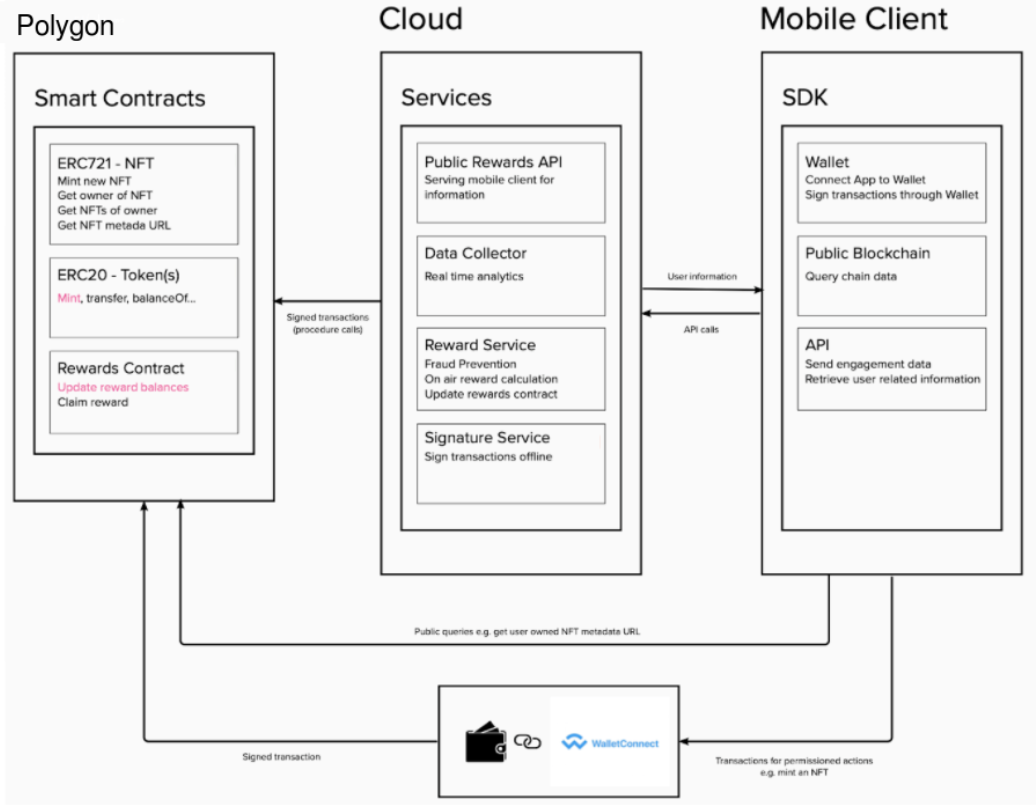